An Introduction to UBL: Automate Procurement with Standardized Data Exchange

In this article we explain what UBL (Universal Business Language) stands for, where it comes from and how it helps businesses around the globe to automate procurement.

UBL stands for Universal Business Language and is a library of open data exchange standards developed by the company OASIS. The first version of UBL dates back to 2004 and the current version (ver. 2.1) was published in 2015.

UBL has its origins in EDI and other XML based formats, which all share a common goal: Facilitate the automation of procurement related business processes (Ordering, Invoicing, Supply Chain, Accounting, …).

In comparison, UBL is a quite recent standard and currently sees promising adoption rates across Europe and global markets.

Synchronising data between several software products is widely adopted when it comes to internal business data. A new quote in your ERP system also updates the matching record in your CRM system. Easy right?

Things become however much more complicated when data needs to be transferred from one company to another. To do business, companies need to exchange data sets on a daily basis, e.g. quotes, price lists, purchase orders, sales orders, invoices, delivery notes, you name it.

The idea behind UBL is that all data is exchanged in a standardised form so that crucial business processes can be fully automated. By adopting UBL or a similar standard, manual re-keying data belongs to the past and all data exchange between two trading companies is done without any human interaction.

When Does it Make Sense to Implement UBL Based Procurement?

Whether or not implementing UBL for your business makes sense depends on a variety of factors.

Looking at the adoption rates of previous standards (e.g. EDI), the question if UBL will hit a critical mass and when this will be the case is justified. To give you a bit of background information, EDI was introduced more than 30 years ago and a majority of businesses are still looking for alternatives for EDI.

Obviously, data exchange standards only make sense when they are used by most of your trading partners. So before looking at the global adoption rate of UBL, look around in your industry and talk with your peers.

The reality for many businesses (especially in traditional industries such as freights, logistic, wholesale, …) is however that important business data is still exchanged in form of PDF invoices, Emails, Fax Orders, and even Snail Mail.

Implementing UBL will likely only cover a certain percentage of all business transactions. Applications like Docparser can however fill the gaps by offering a viable solution to convert PDF to UBL.

Next to looking at the ecosystem you are operating in, the physical location of your business also plays a major role. If your business is located in Europe, you’ll probably soon be in a position where implementing UBL is not longer just an option. For example, the Dutch government mandated (in response to the EU directive 2014/55) XML based Invoicing for all contracts signed after January 1, 2017. As a matter of fact, most invoicing software providers in Europe have at least rudimentary UBL import and export functionality baked in today.

What is your opinion on the implementation of UBL? Is your business already running on XML based data exchange? Let us know in the comments or reach out to us by e-mail. 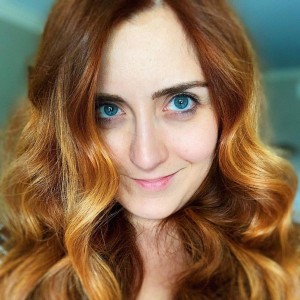 I help people who use our tool so I can learn to make it better. Parse a few PDFs and let us know what you think.

Convert your first
PDF to data.

Menu
Menu
We use cookies on our website to give you the most relevant experience by remembering your preferences and repeat visits. By clicking “Accept”, you consent to the use of ALL the cookies.
COOKIE SETTINGSACCEPT
Manage consent

This website uses cookies to improve your experience while you navigate through the website. Out of these, the cookies that are categorized as necessary are stored on your browser as they are essential for the working of basic functionalities of the website. We also use third-party cookies that help us analyze and understand how you use this website. These cookies will be stored in your browser only with your consent. You also have the option to opt-out of these cookies. But opting out of some of these cookies may affect your browsing experience.
Necessary Always Enabled
Necessary cookies are absolutely essential for the website to function properly. These cookies ensure basic functionalities and security features of the website, anonymously.
SAVE & ACCEPT